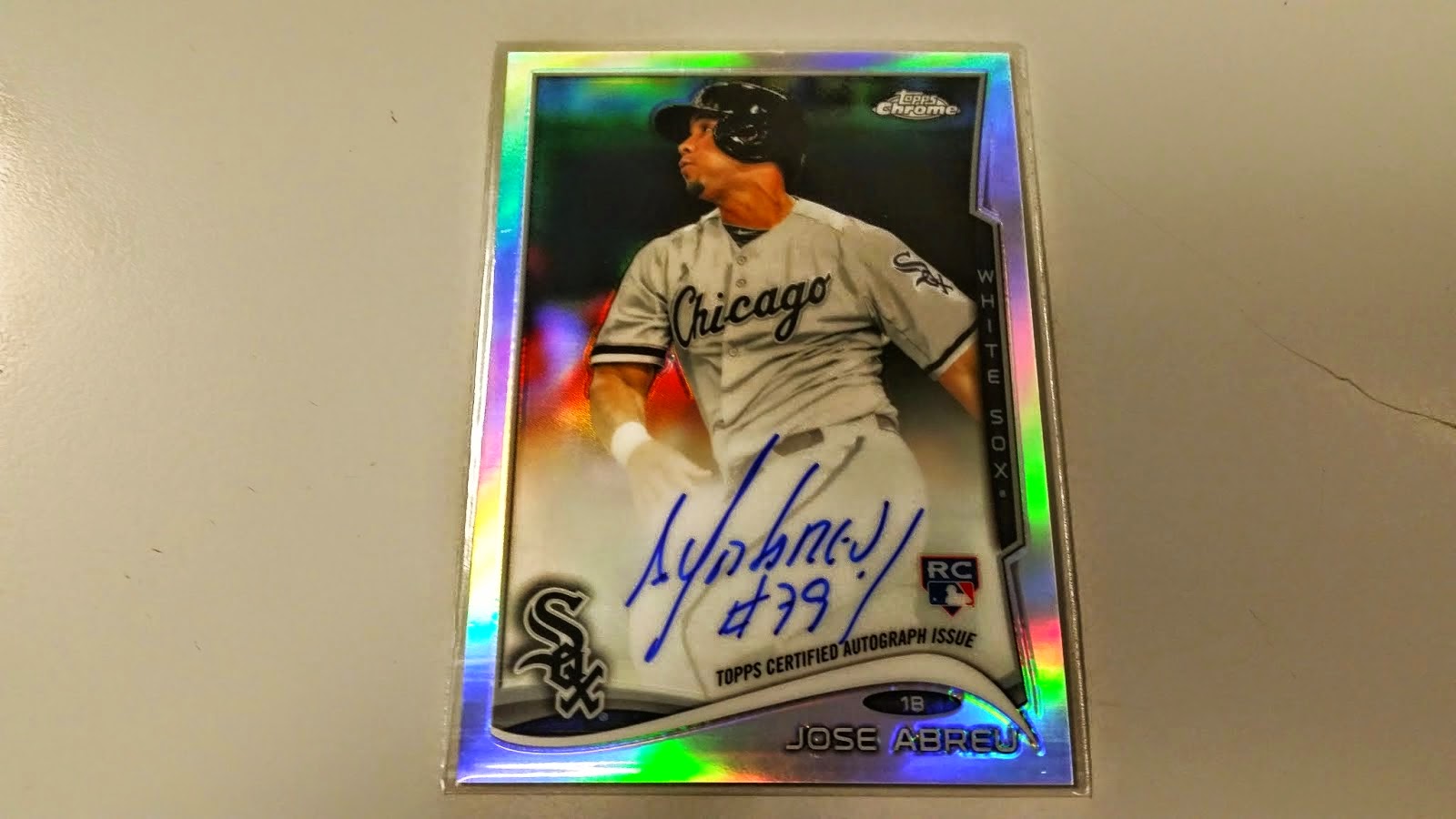 We now come to the last non Dodger of the batch and the 2014 AL ROY Jose Abreu.

With so many of his autographs out there now the value of his cards are being watered down but I still had no intention on buying his cards as they didn't hold that much interest to me. Now if I could score it at a major discount and flip it into a gem mint grade and then possibly flip it again for something that does hold my interest then that is another matter all together.

I originally "won" this on a 4 box break held by Alex of Chavez Ravining much to the chagrin of a few people. Though it was a redemption card I had already seen them pop up on eBay so I didn't think it would be that long till Topps redeemed it. I was right as within 2 weeks I had it in my hands and I knew I would submit it for grading. I was confident it would earn a gem mint grade as I was only worried about a small potential flaw on the surface. Guess BGS didn't see or care about it as surface received a perfect 10 as centering did as well. Only knock on the card were the corners which got a 9. No matter as it still ended up being a gem mint card.

A nice investment in a random box break. Was my plan all along and it worked to perfection. Now, to flip or not to flip? You know I will and did. 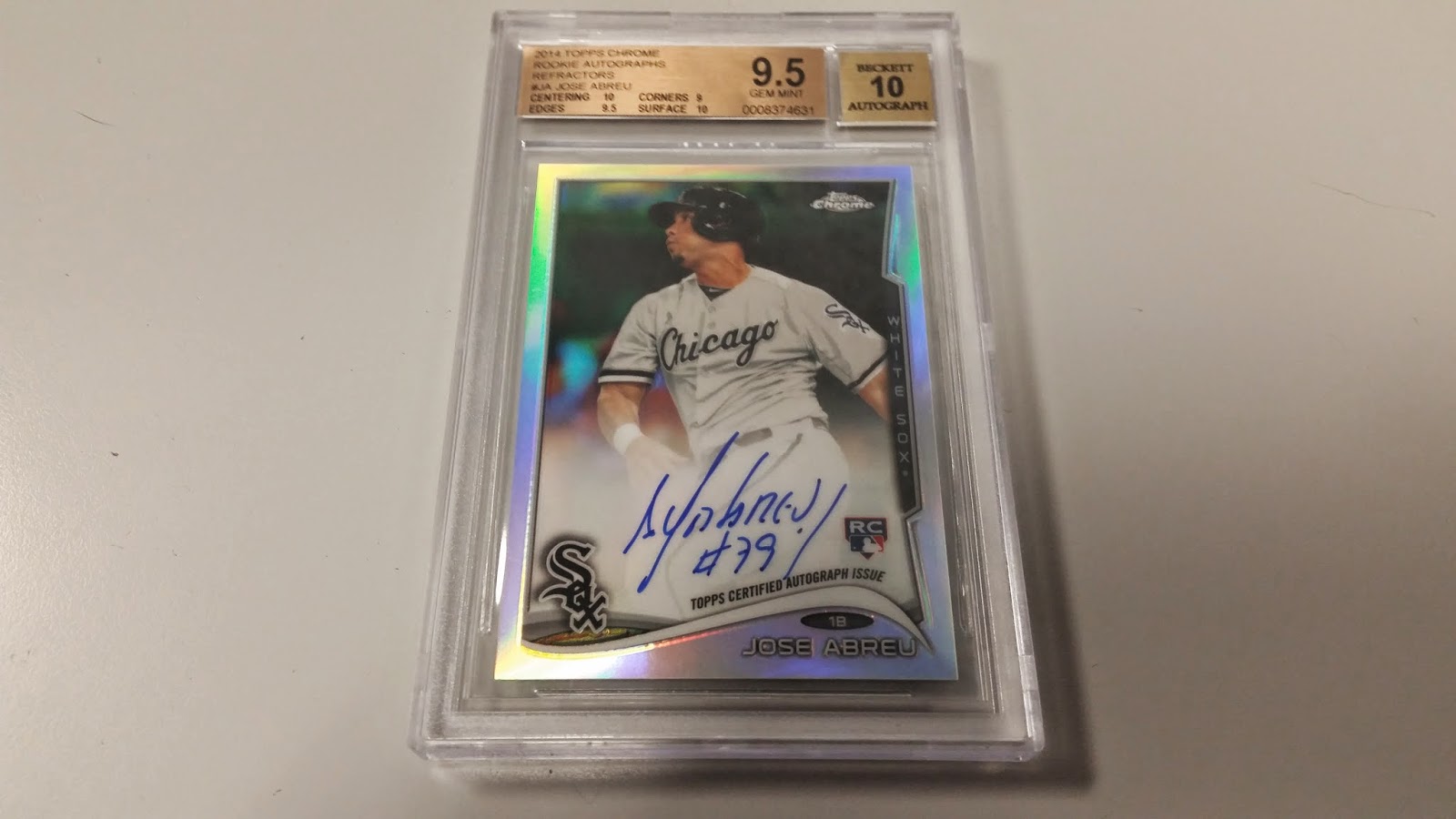 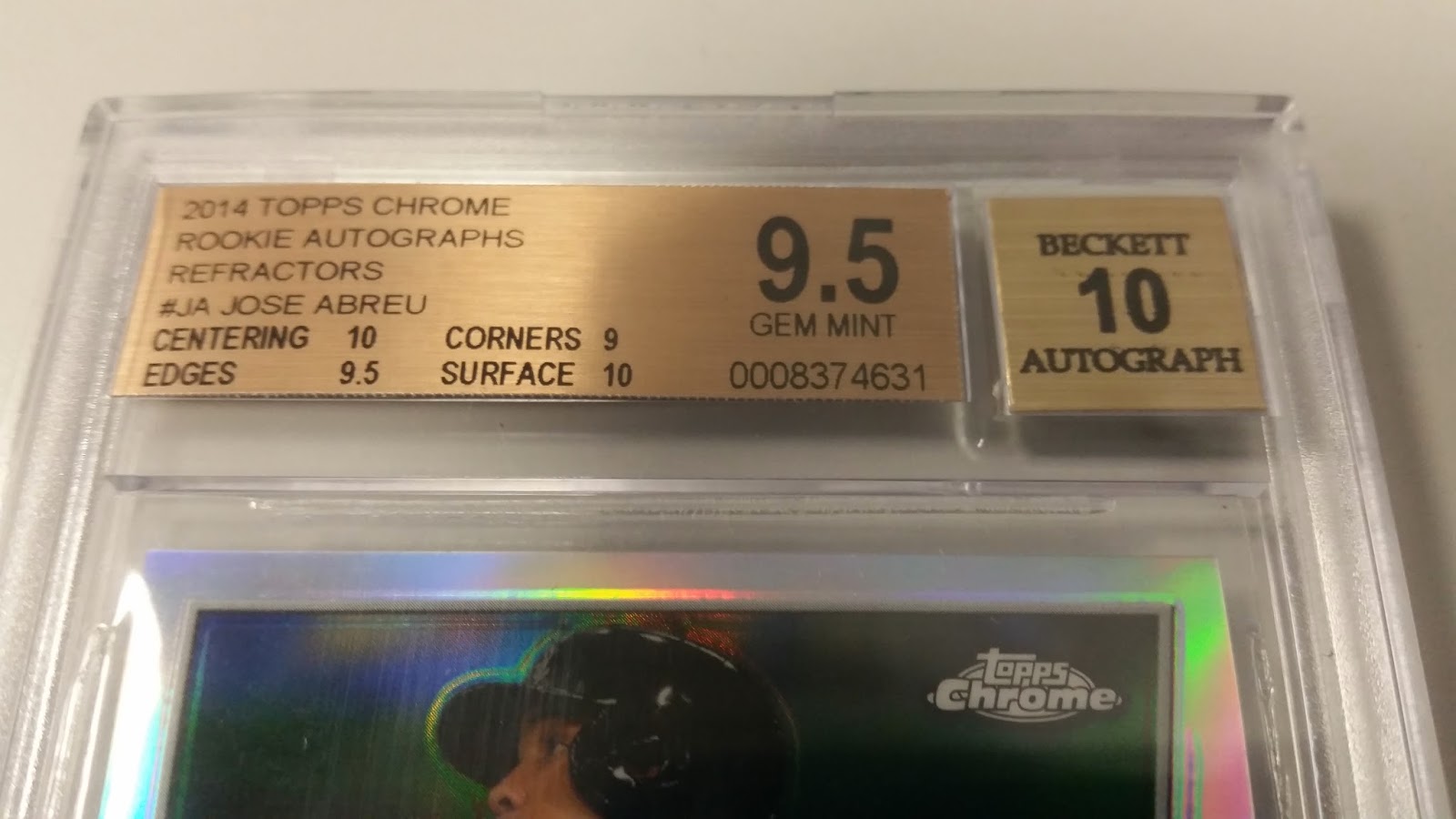 Posted by DodgerPenguin at 8:38 AM