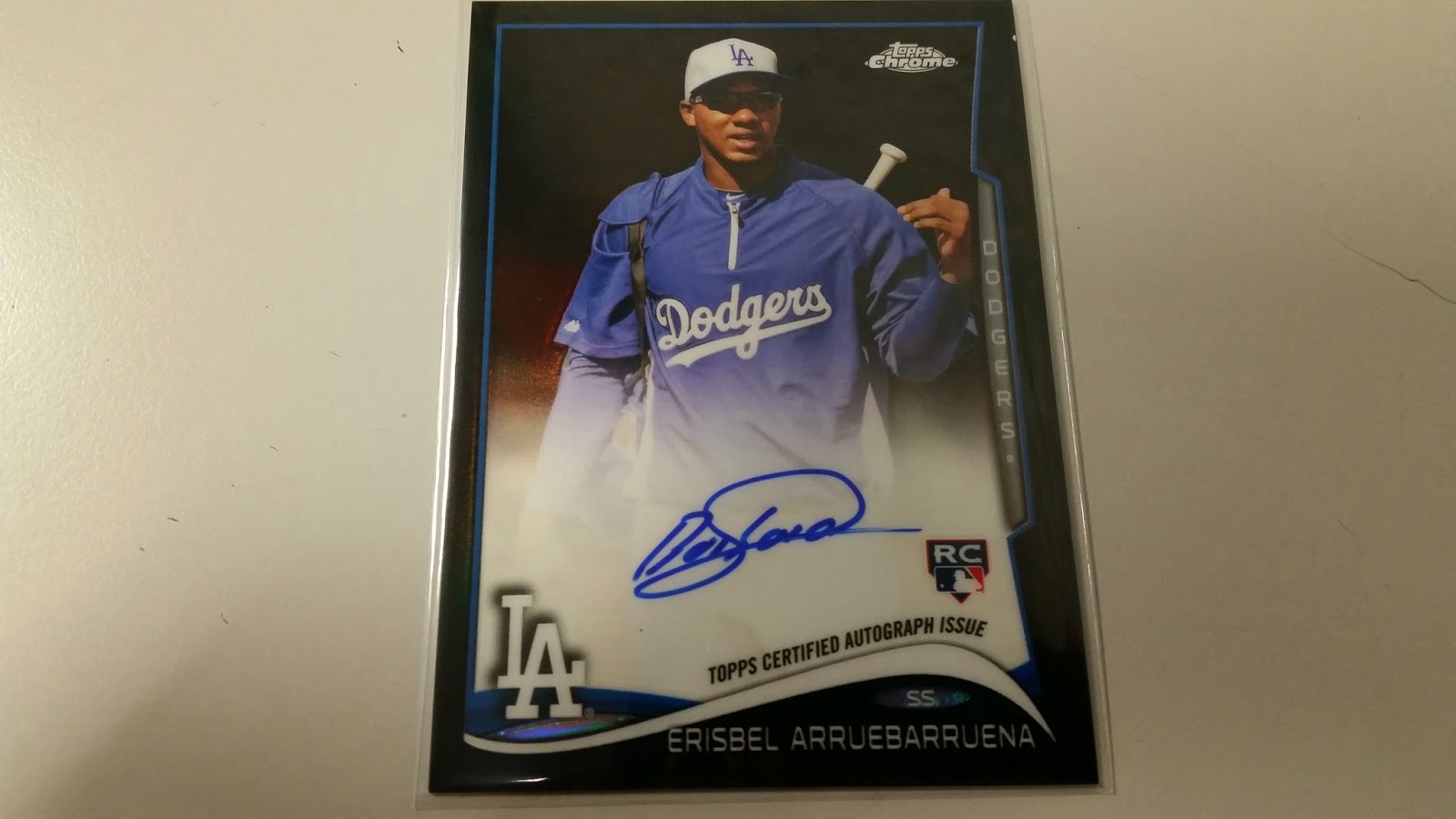 A mini project within a bigger project is officially done.

I am still looking for the non autograph blue and black parallels of Erisbel but for some reason I have been able to pick up the autograph versions of blue and black at highly reasonable prices.

The assigned book value of this card is $40 and there is no way in my mind I can rationalize that cost. Again, I believe the Cuban factor comes into play here and that is why it is so high.

Even with only 100 copies I was determined to get myself a bargain on this card and that is exactly what I accomplished as I picked it up for less than $9 on a traditional auction. Don't even know if Erisbel will ever make an impact in the majors but since he wore the blue I had to have his autograph on some cards. 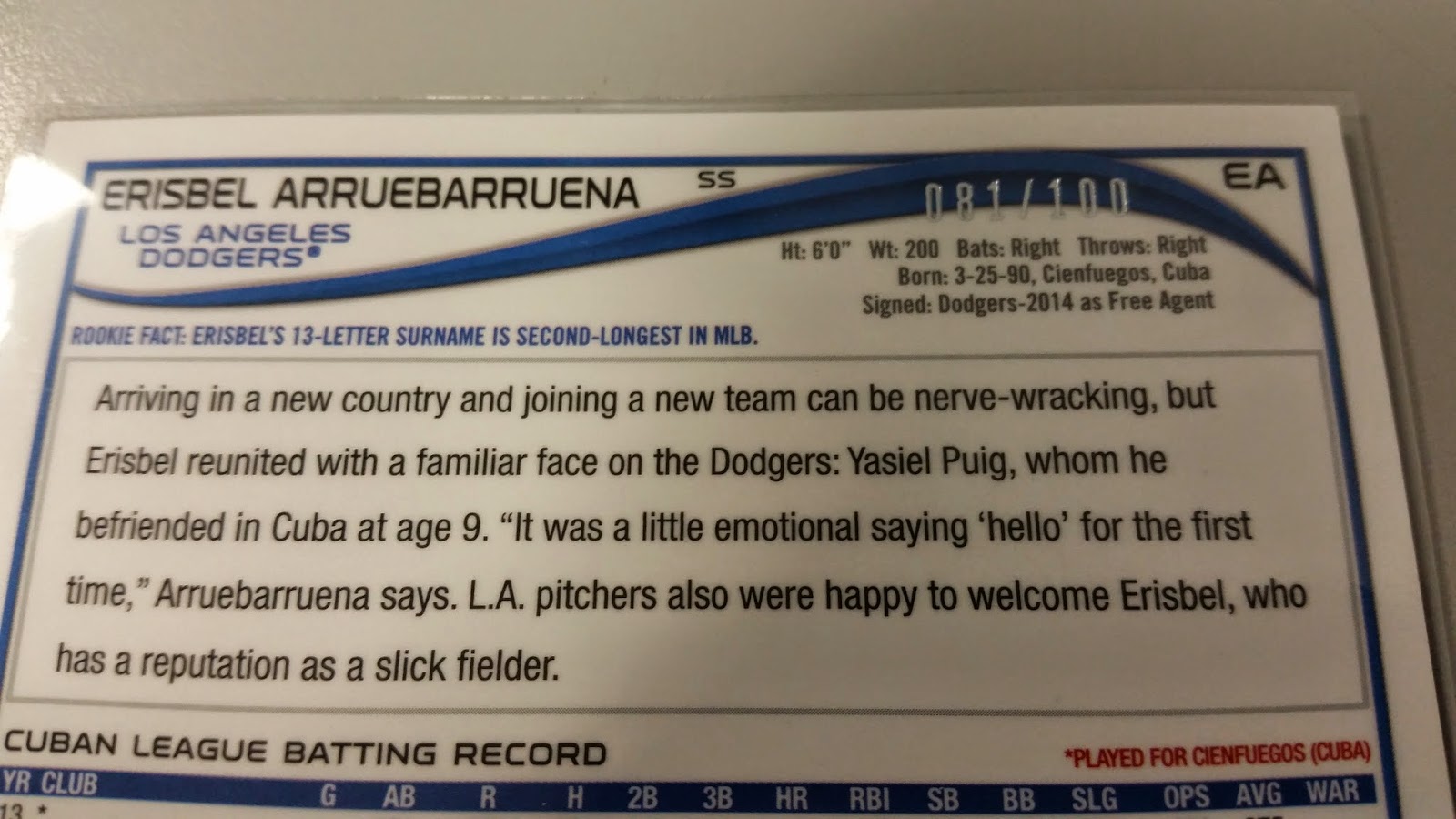 Eighty-One
of
One Hundred

Posted by DodgerPenguin at 8:58 AM