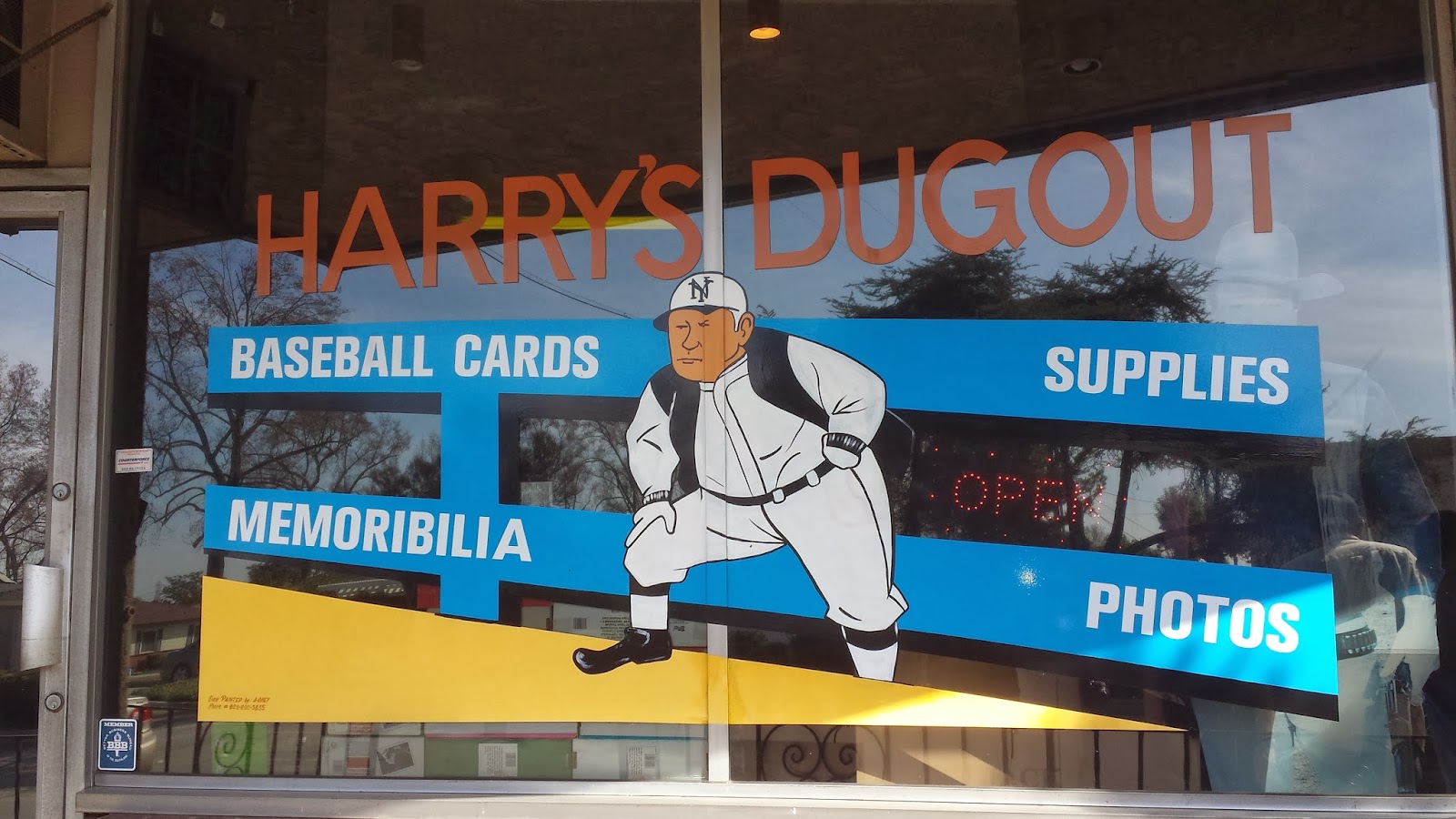 To finish off the weekend the wife and I were off to one of my favorite places for meet and greets with former players. Once again Harry's brought in a player that you don't normally see on the autograph circuit. Sunday's guess was Jack McDowell. Jack is a former CY Young winner and that would be enough for me to want to acquire an IP autograph but Jack was just recently hired by the Dodgers to be a pitching coach in their lower minor league club the Ogden Raptors. Welcome to the Dodger family Jack. 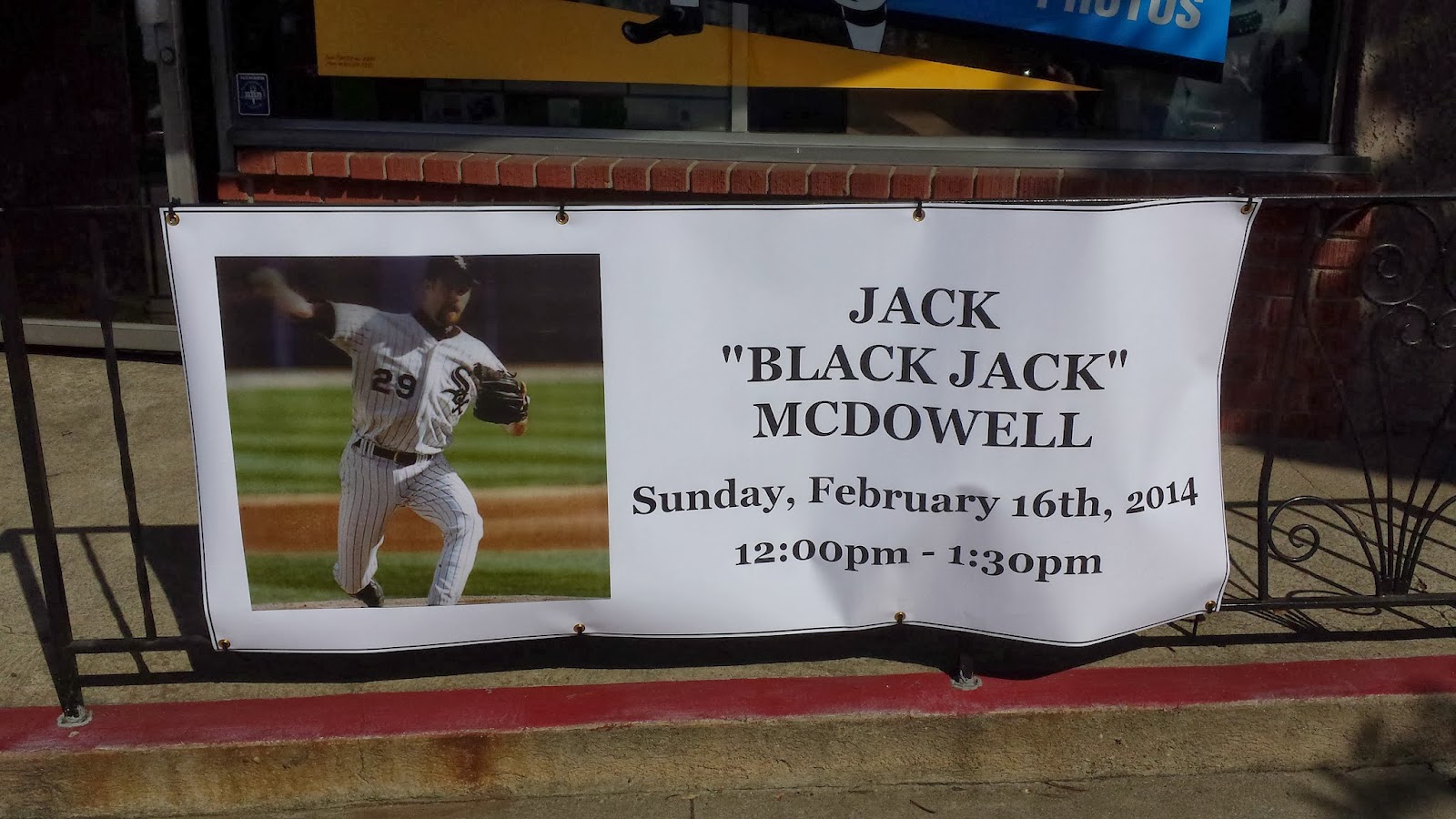 We arrived at the store and no one else was there so we were at the front of the line. I approached Jack and handed him a ball and had some small chit chat and welcomed him to the Dodgers. Jack unlike some other former players was very pleasant and nice to talk to. After signing for me I asked if he would mind a photo and he said no problem. 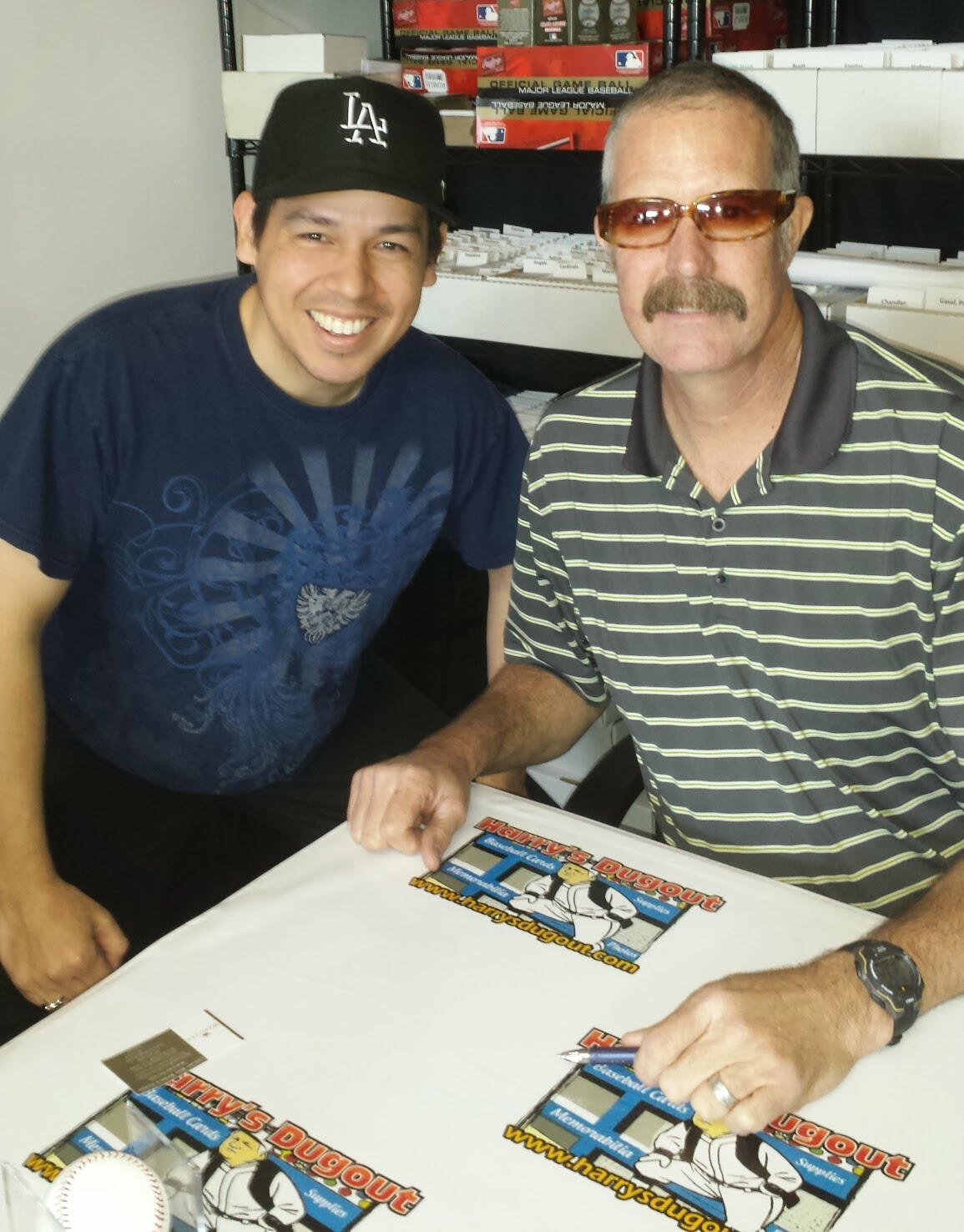 Said my thanks and moved to the side so others can get their autograph. Thank you again to Jack for appearing and meeting fans and thank you to Eddie and the group at Harry's Dugout for another fine event. Keep them coming. 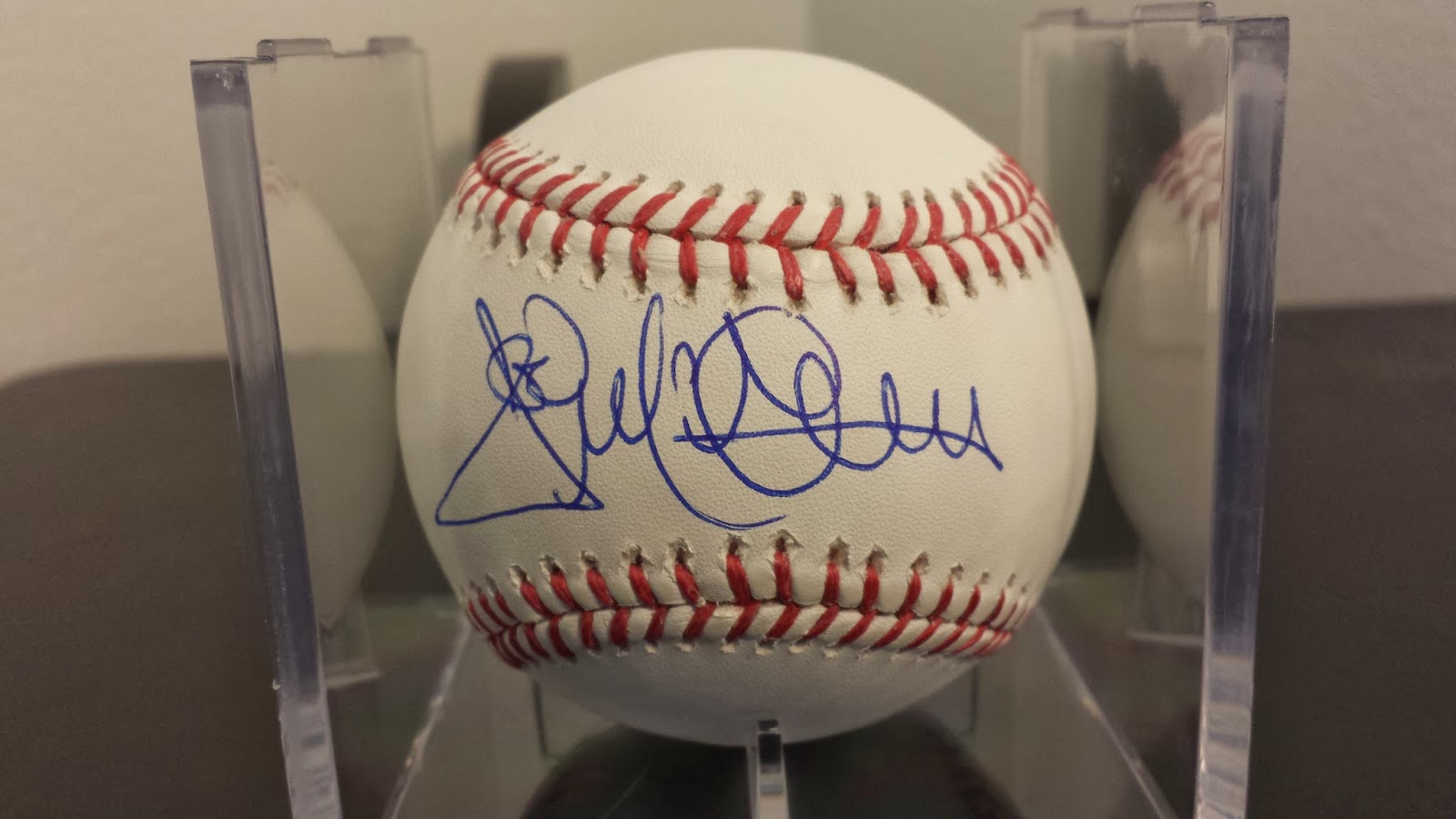 Posted by DodgerPenguin at 8:40 AM